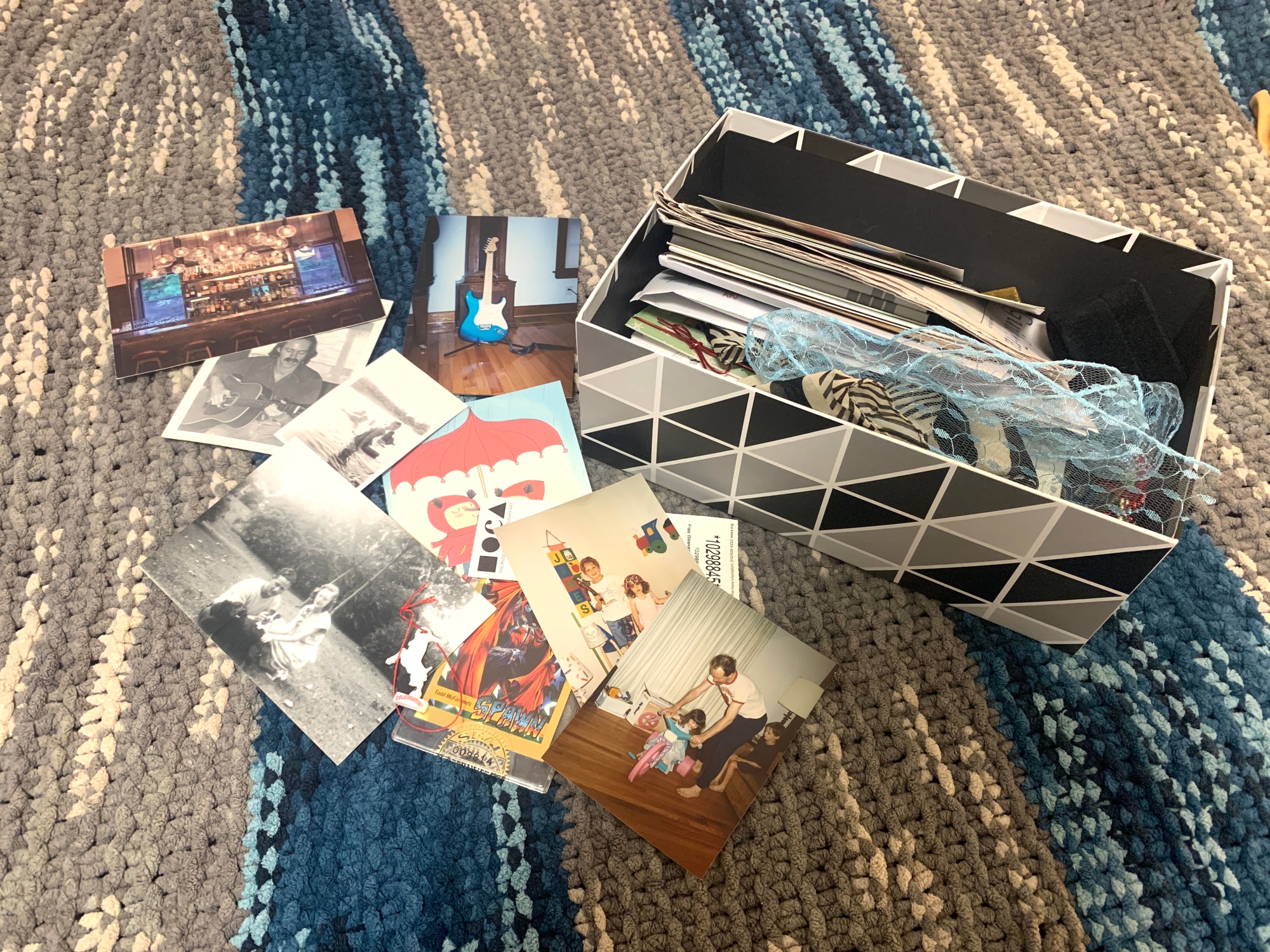 This week for assignment #7 we were to create an interactive game or experience with the with context of an element from our Flavor of Joy Manifesto. Being newer to different game making platforms I decided to stick with the Unity engine we’ve been working on in class and start to think about mouse input, specifically how to get the cursor to interact with objects via Drag Mouse or Raycasts.

My Manifesto was partially inspired by exploratory games like Gone Home, What Remains of Edith Finch, Firewatch ( as well as thinking about objects like in Assemble With Care) where you can explore objects with a simple click and at your own pace. I was also inspired by the game we played in class during last week’s lecture, Packing Up the Rest of Your Stuff on the Last Day at Your Old Apartment.

I tried for a similar feel with a box of objects I keep at home.  I didn’t recreate all of contents but tried to include some variety of materials and objects like postcards, photos, pins, map and my childhood walkman. I think this sketch connects with the manifesto by underscoring the idea of everyday objects as possible portals for storytelling, as well as the possible slowness and range of speed of “chose your own pace”of exploration.

It makes sense that the camera angle and the rate at which an object is examined (and dropped) could affect the tone of the exploration. I tried experimenting with a more zoomed in and zoomed out framing. With my current Unity knowledge I think I like the Medium shot more in that it’s easier to place the objects back into the box. However, the more zoomed in intimacy it is nice in the closeup version, and makes it easier for exploring objects.

Exploring objects in the original games 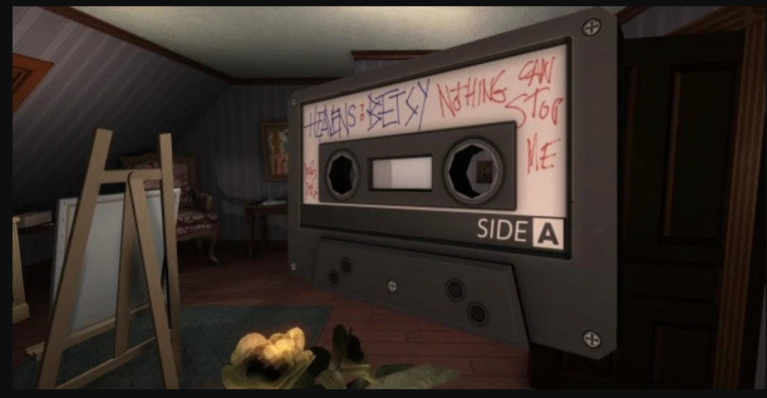 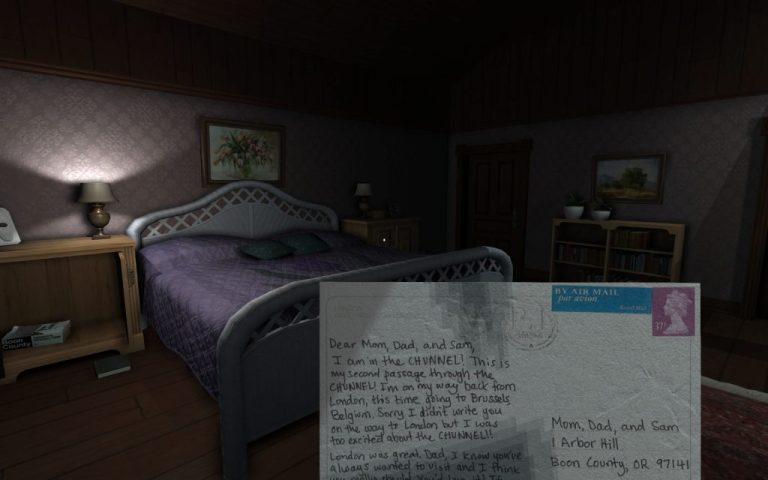