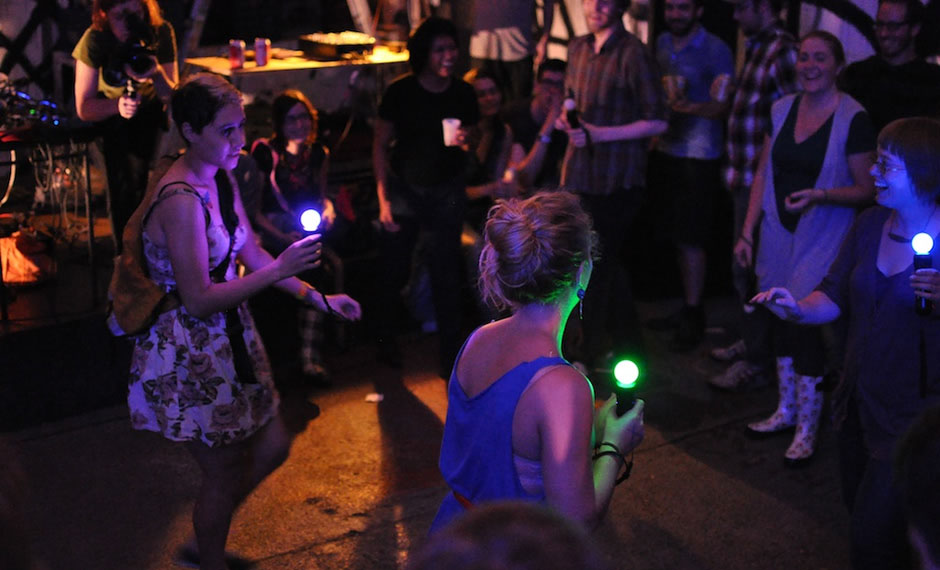 In Chapter 4 of  Ph.D. dissertation “Designing for Disruption” by Douglas Wilson

“As technologists, then, our concern is not simply to support particular forms of practice, but to support the evolution of practice.” (2004, p.25)

Opens with the example of JS joust 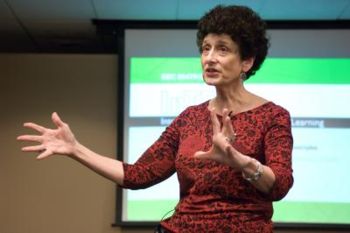 Wilson’s issue with what the proceduralist theories prescribe, implictly & explicitly

“In a very obvious way, it’s up to the players to interpret the rules and referee themselves. ”

“Viewed in relation to most conventional videogames, B.U.T.T.O.N. gives a distinct impression of “incompleteness,” as if the system were somehow defaulting on its end of the bargain. We, the players, are forced to pick up the computer’s slack.”

Self effacing in its ambiguity

From an algorithmic standpoint, B.U.T.T.O.N. amounts to little more than a randomized billboard, taking a rudimentary button-press detector and dressing it up with sequences of timed texts. In short, the amount of computational “game logic” has deliberately been minimized.

Some texts, rather than introducing new “game mechanics,” are geared instead at evoking a particular mood or emotion. This especially true of the “socially abusive” content (Wilson and Sicart, 2010), which aims to make players laugh or feel awkward.10

sound not as a formal “subordinate” to game rules but an essential aspect:

“As in B.U.T.T.O.N., the music in J.S. Joust plays an essential role in setting the tone. The choice of J.S. Bach’s Brandenburg Concertos was quite deliberate. The playful transgression of listening to the music at such comically slow and fast tempos becomes all the more absurd given that Bach’s music is so renowned and so “high culture.” As such, my claim here is that the music cannot simply be viewed as a formal element “subordinate” to the game rules. Ultimately, J.S. Joust is as much a piece of dance choreography as it is a “game.”13 Moving along to silly music in slow-motion becomes a kind of freeform play, deeply enjoyable in it of itself.14”

As Paul D. Miller (a.k.a. DJ Spooky) – writing on the relationship between music, media, and his own work – so aptly phrases it: “the soundscape is a palimpsest that encourages play”

Multimedia, Spectacle, and the Art of “Deputizing” Players

Thinking Beyond the System

A critical shortcoming of these perspectives is that they forget that human beings, too, are good at “interactivity.” When we focus so intently on computation, we risk overlooking alternative views on interaction design. Games like B.U.T.T.O.N. and J.S. Joust foreground how we might conceptualize the computer not as a singular authority tasked with orchestrating interactivity on our behalf, but rather as a material – one that can be shaped by both designers and players.23 The problem with systems-centric theories is that they so frequently neglect (even if they do so unintentionally) these alternative design possibilities, almost as if they didn’t even exist.

“No computer can create absolutely unconstrained play; software can offer the player only the actions that the designer chooses to implement, and the program will always be limited by the amount of memory available” (p.138). Note that in this view, the task of “creating” gameplay is largely framed as a technical challenge – one delegated to the machine.

Bogost, writing on how games can be used to persuade and mount claims, states that “Videogames themselves cannot produce events; they are, after all, representations” (2007, p.332). Perhaps videogames themselves cannot “produce” events, but they can certainly catalyze them. In a certain sense, that’s exactly what games like B.U.T.T.O.N. and J.S. Joust are – eventcatalyzing apparatuses.

Yes, games can push us to reflect and to contemplate. But they can also do much more. They can inspire performance, color social interaction, and give additional texture to interpersonal relationships.

At issue here is a tension between two different views on the craft of digital game design: one which focuses on games as objects (i.e. with formal properties), and one which sees games – even digitally-mediated ones – in terms of performance and interpersonal exchange.2

Drawing inspiration from performance art, community art, and other contemporary art practices, I’d like to suggest that we game designers might alternatively understand ourselves as context providers, rather than as object makers.

Conclusion Janet Murray has mused that it is “surprising how often we forget that the new digital medium is intrinsically procedural” (p.71). Today, we might counter that it is even more surprising how often we forget that human beings too can enact procedures – and not only enact them, but also create, change, and argue about them, all with relative ease. As children’s folklorist Linda Hughes (1983) puts it: “Games aren’t much ‘fun’ when rules, rather than relationships, dominate the activity” (p.197). Hughes’ wisdom, more than just an observation about games, can also be adopted as a conscious design ethos. Deliberately low process intensity designs remind us that we need not cede all or even most of our authority to the machine.

The lesson here is straightforward, but bears repeating: there is something crucial that transpires in those in between places, where computational systems run up against other media forms and situated practice. Those designers who make the effort to tackle that betweenness head-on may well discover exciting possibilities for the future of digitally-mediated gameplay – a future that is decidedly performative and readily malleable to our improvisational whims. Like Paul Miller (2004) says: “It’s the twenty-first century. Things should be really wild. Anything else is boring”