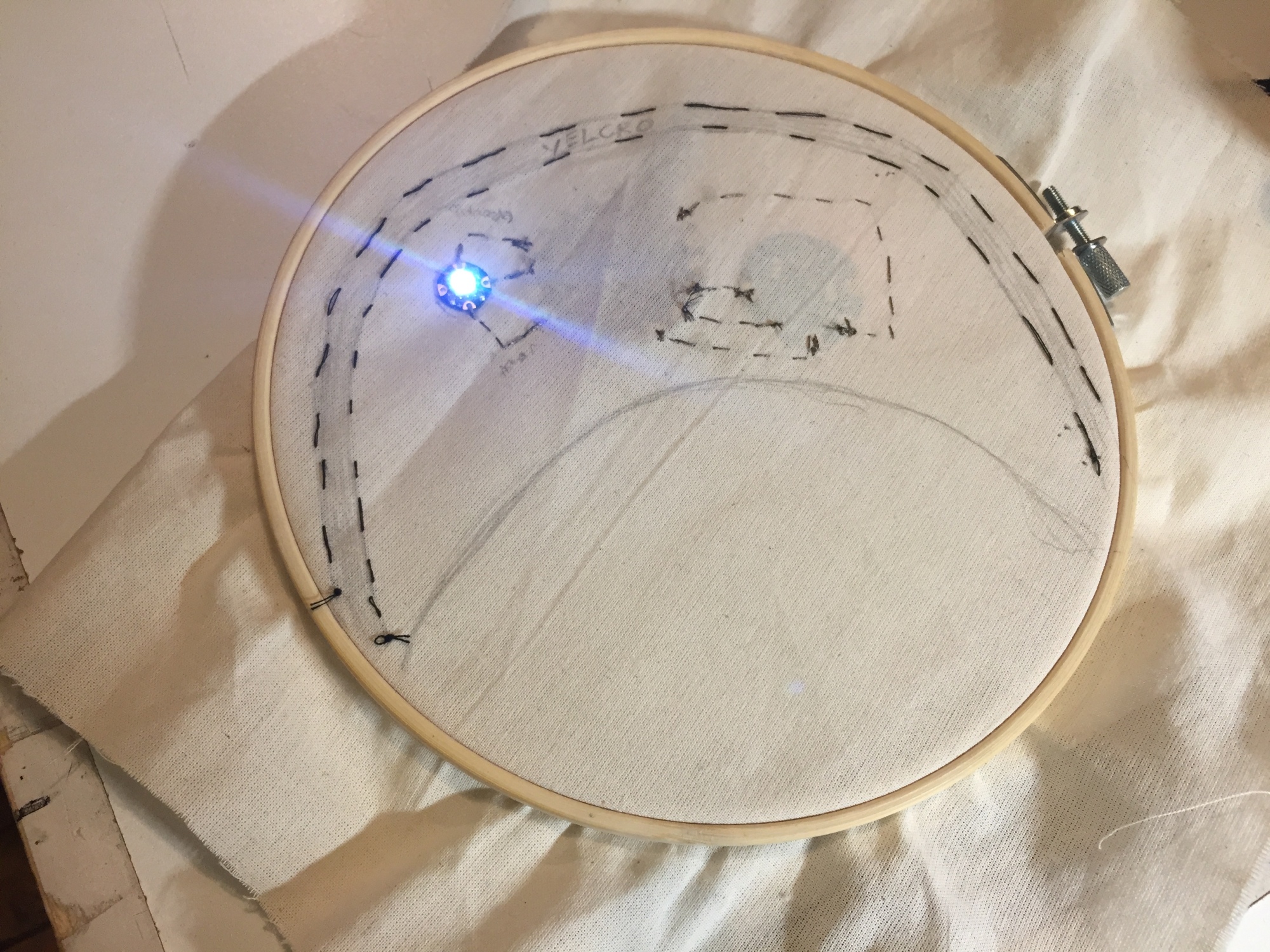 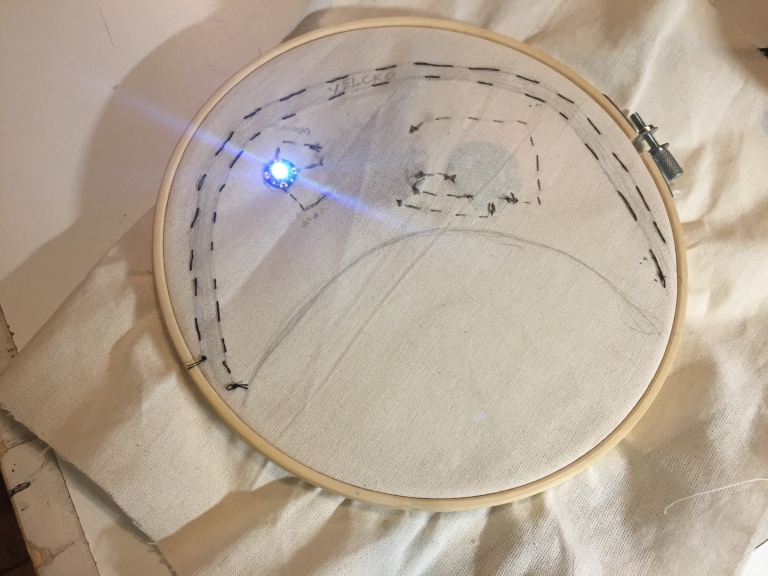 Assignment 4: Turn one of the previous wearable projects into a wireless one.

For this project we were asked to think critically about what makes a product need to be part of IOT? Does it actually improve the functionality of the object if its online? Jingwen gave us an example of shopping for microwaves and the idea of do you really need Alexa to heat up your coffee? And encouraged us to think critically about whether our projects are improved by incorporating that layer of functionality.

For wearability and accuracy I decided for this project to switch out the Particle Sensor for a Airvisual API + Bluetooth LE setup. Similar to Alvin and his Raspberry pi exploration, I think I dove head first into more than I realized but definitely learned a lot through the process: 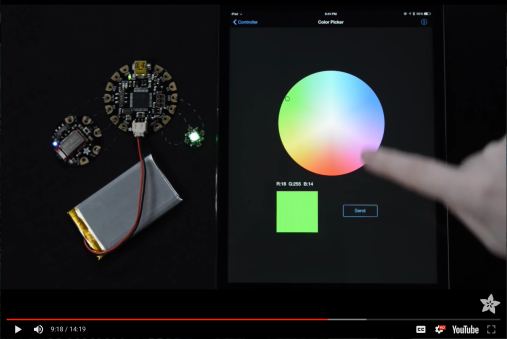 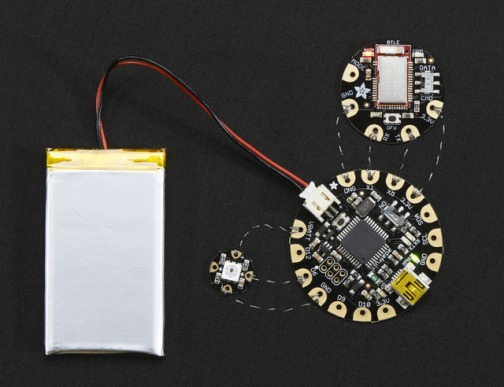 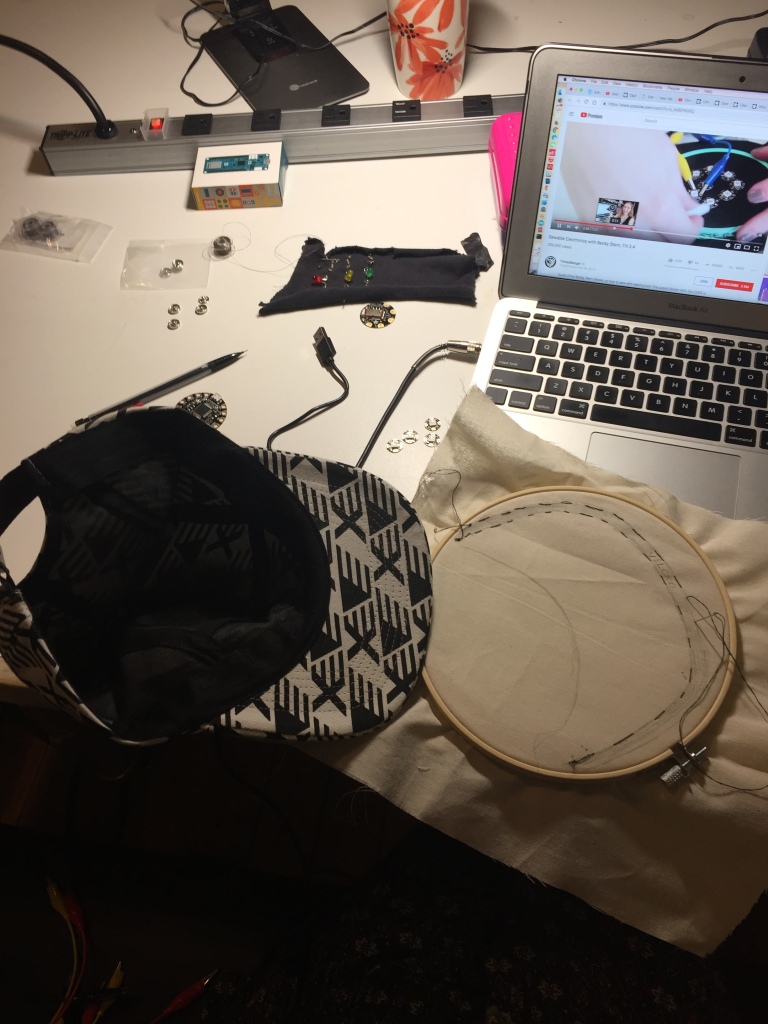 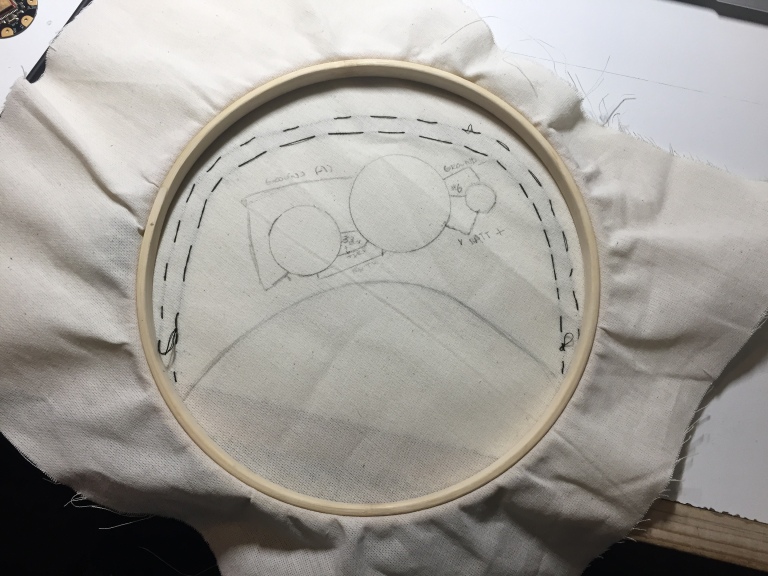 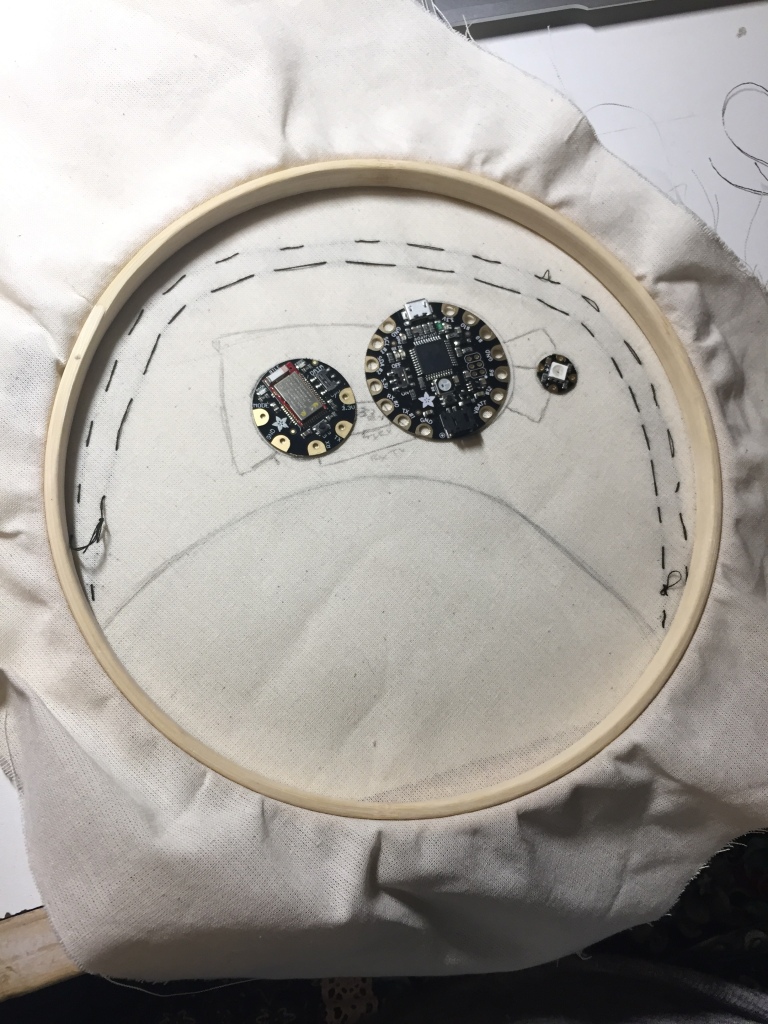 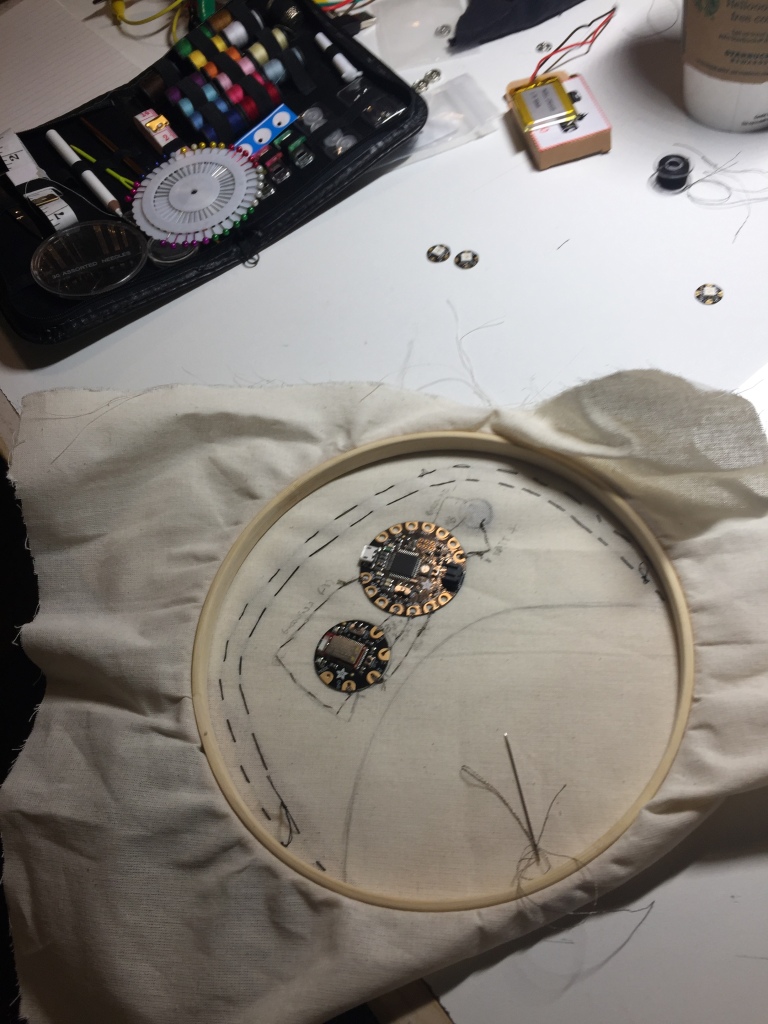 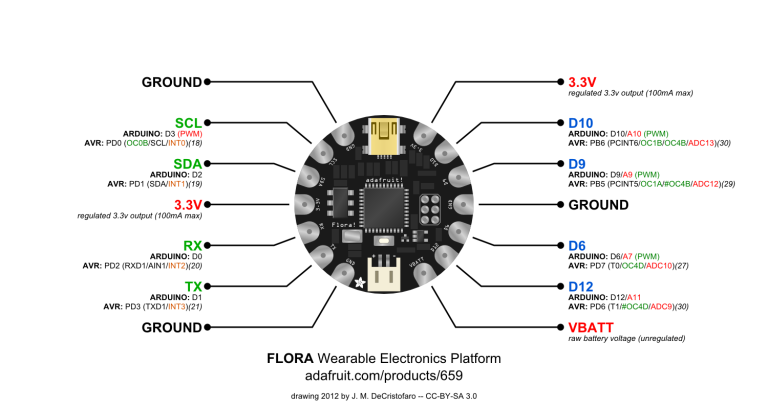 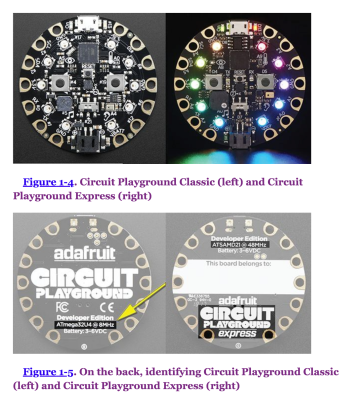 Testing the Onboard & Sewable Neopixel:

After seeing that my initial bluetooth circuit wasn’t communication to the neopixels w/ the Bluefruit app, took Arnab’s advice to break it into small blocks for debugging starting with the neopixel components. Both tests worked without the Bluefruit Bluetooth module in the circuit, so now I know its either the BlueFruit module or the code example. When running Jingwen’s FSR example, I was able to connect a couple times through the app & was reflected in the serial monitor, however it wasn’t producing a range of values when i pressed the FSR?

**neopixel originally lit up on hat but was not changing color / had a short due to having added the neopixel into the circuit backwards and also initially using graphite to trace the component placement on muslin, forgetting it was a conductive material. 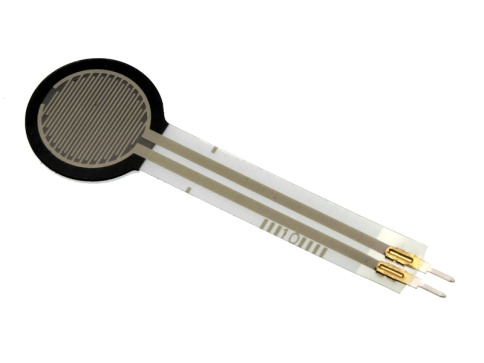 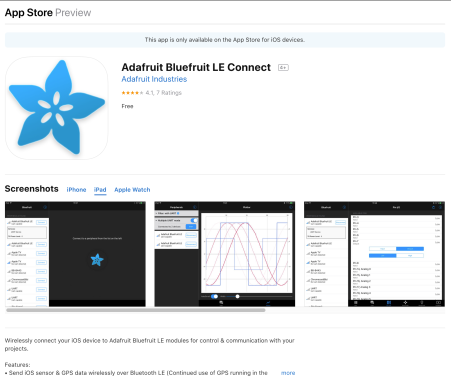 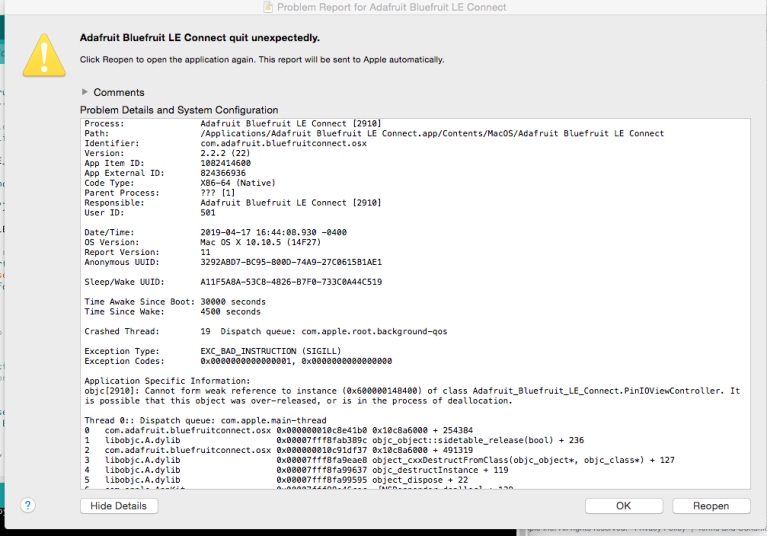 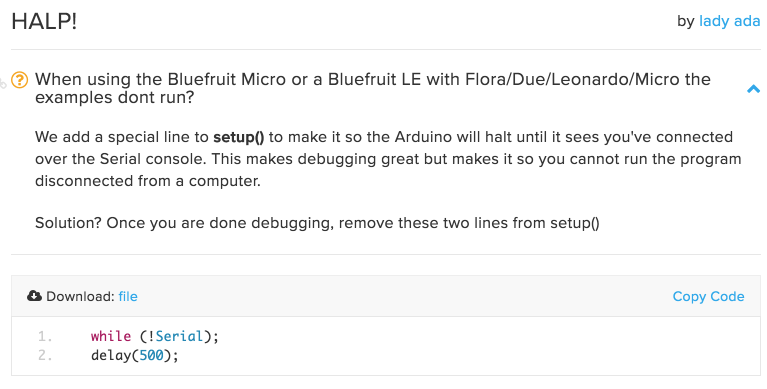 Questions to look into:

Last weekend Mary and I talked through thinking about how to call a live API JSON file with Arduino using arduinojson. I also printed out her project’s code Storm’s A Comin’ 2.0 to see if I could follow the logic / better understand what would need to be adjusted from her experience for the AQ Hat + Air Visual API. I think also classmate Jillian Zong’s Umbrella Notification Light code might help me better understand as well? 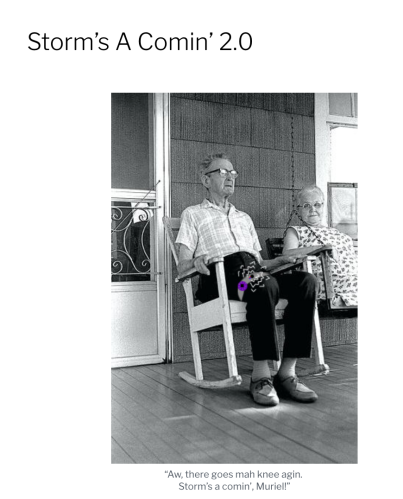 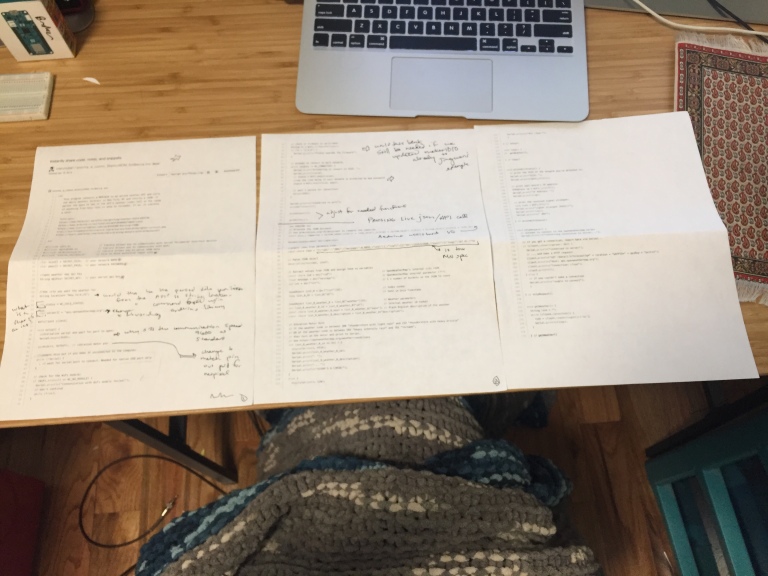 Sifting Through a Storm A Comin’s Code using arduinoJson 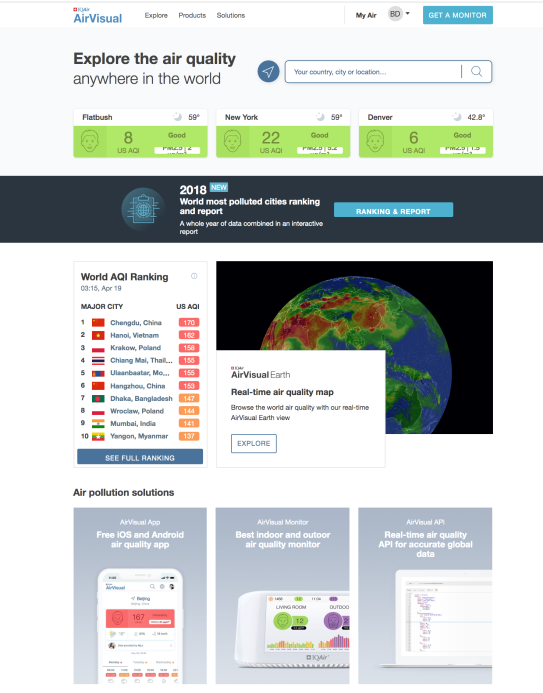 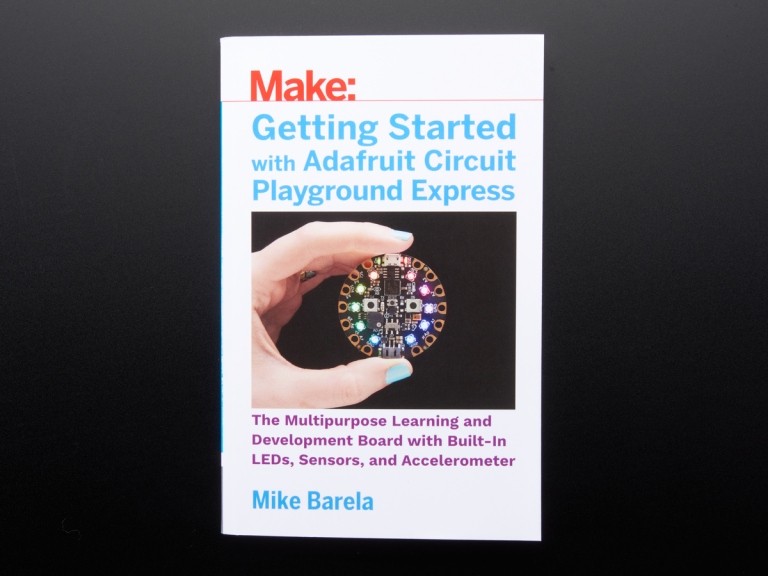