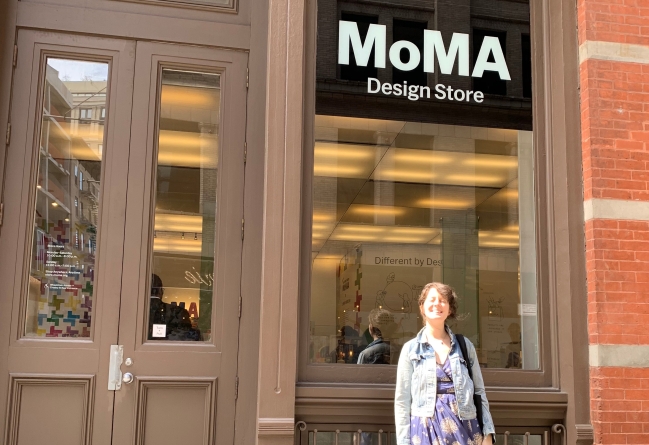 For assignment 1.2 [store visit] I ended up at the MoMA Design store. My partner and I were in the area with family visiting in the city so popped in to see/play with what may be in the realm of “soft” inspiration/mechanisms as we started to think about them in last class. Would like to also visit a more general arts & crafts store too in a future iteration to see what I find. Items found from this trip: 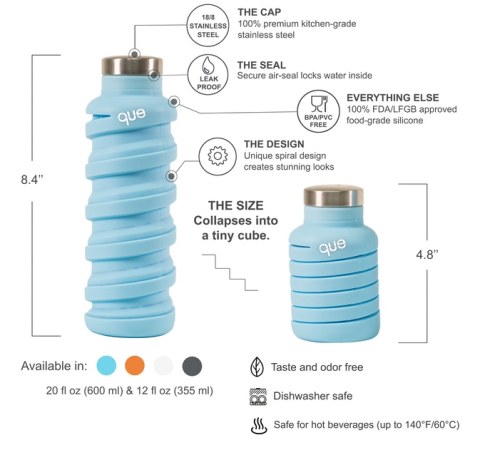 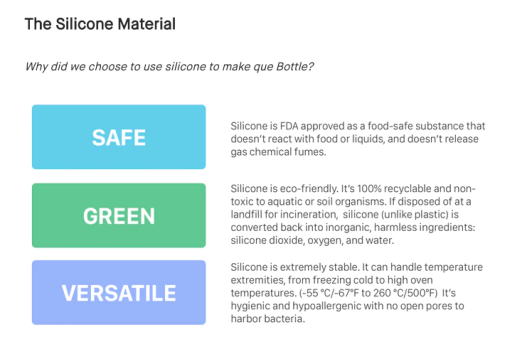 above info is from their kickstarter campaign

** But really… where on the green spectrum does Silicone fall?

It doesn’t break down into dioxins like plastic does yet how green is its production process as a material? Doesn’t it involve fossil fuels still in its production process to turn it from silica to silicone (Would love to read more about Silicone as a plastic alternative)? I wonder if it’s really something we should be pushing for in the domestic sphere, but possibly a material better left for medical and more specific uses outside the home, where its disposal could be better tracked after.

Although it doesn’t chemical leach into food and liquid like plastic can / maybe its at least a strong step / move away from single use plastics, but for the interim best kept maybe away from direct food contact and out of the dishwasher for sake of materiality breakdown. Thinking about Silica & Silicone led me also to this interesting article on how maybe it could also be best to ban classes of chemicals verses a specific one only. In this case thinking about how BPA-free could mean that the alternative agents still currently contain Bisphenol, which has parallel negative effects .

Silicone is a great material for shock resistance, extreme temperatures (for non food usage) and also its ability to maintain its shape over time – like the action of opening & closing the bottle. Was initially attracted to it due to the quick size shift interaction and also the spiral shape. 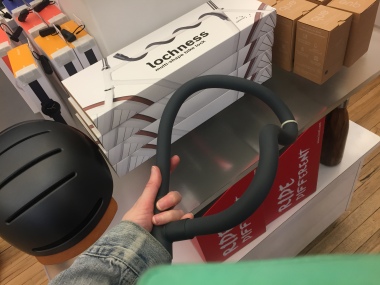 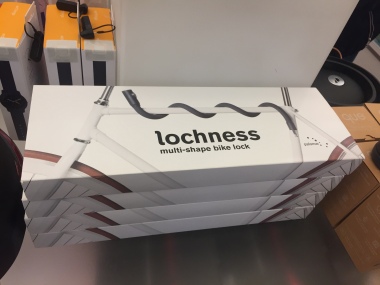 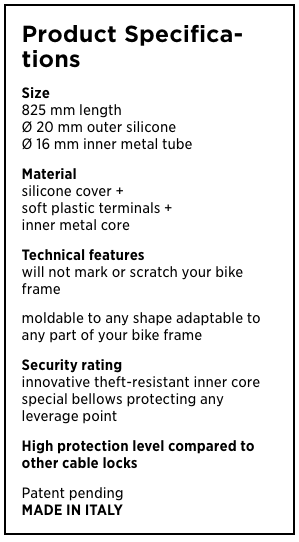 This product reminded me of the slinky that we looked at in class. Or how metal alone can be inflexible (when not heated) but when used in a pattern like chain mail can become flexible in its own right. It would be interesting to see what the combination of plastic terminals & inner metal core is like on the internal side. Was attracted to it due to the many shapes you could make out of it and the smooth contour the outer silicone cover creates.

When looking up collapsing toys I found this educational lesson plan  from the London Children’s Museum that introduces kids to the idea of force and how its applied in simple toy mechanisms.  “the spring in the base pulls string taut when at full length, which keeps the body of the toy upright. When the base is pushed the spring is compressed and shortens, the string lengthens and slackens, so toy falls. Wakouwa comes from the name of the inventor.”

Was attracted to this toy initially in the toy exploration in class and thought it was a fun conceptual variation of a thumb puppet. I like that the mechanism isn’t immediately obvious from the outside, and that this specific toy had two characters that can interact.

This one and the Paradox Hourglass below had me thinking about force moving particles of one material through another. I was attracted to this due to always loving snowglobes while growing up and thinking about the different speeds the particles fall in each individual dome.

Snow globes have historically been made with a range of materials [A brief history of snowglobes]. History of materiality via wikipedia:

Initially snow globes consisted of a heavy lead glass dome which was placed over a ceramic figure or tableau on a black cast ceramic base, filled with water and then sealed. The snow or “flitter” was created by use of bone chips or pieces of porcelain, sand or even sawdust. As they became more sophisticated, the glass became thinner, the bases were lighter (Bakelite was popular during the Art Deco period) and the snow was made out of particles of gold foil or non-soluble soap flakes. For health and safety reasons, white plastic has become more common in the construction of modern snow globes. The liquid has evolved to light oil and then a mixture of water and antifreeze (glycerin or glycol). An added benefit was that glycerin and glycol slowed the descent of the snow. Caution should be taken if a snow globe is broken because the liquid, which can contain antifreeze, can toxic.[4]

I’m not quite sure what the material make is of the paradox hour glass is? But thought  that the ones used in young ed science class tend to be water and oil+food coloring kind of tricks. I was attracted to this due to the “grains” moving upward verses downward, and again having had many toys along these lines as a kid, but with varying particle sizes, speed and color.

6)  Be Quiet! Earplugs aka Squishy Earplugs 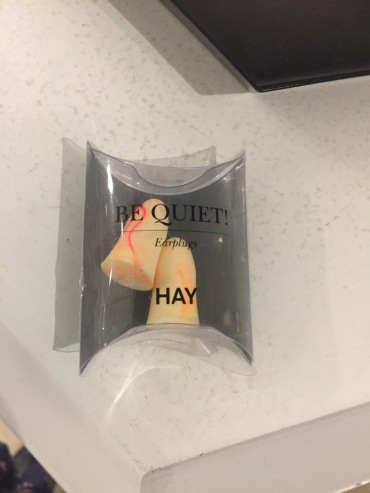 Thinking about the range of foam earplugs that squish to better fit ear shapes & also offer different attenuation ranges. Was attracted to this for its squishy-ness and the delay in time it takes to spring back to a fuller shape. 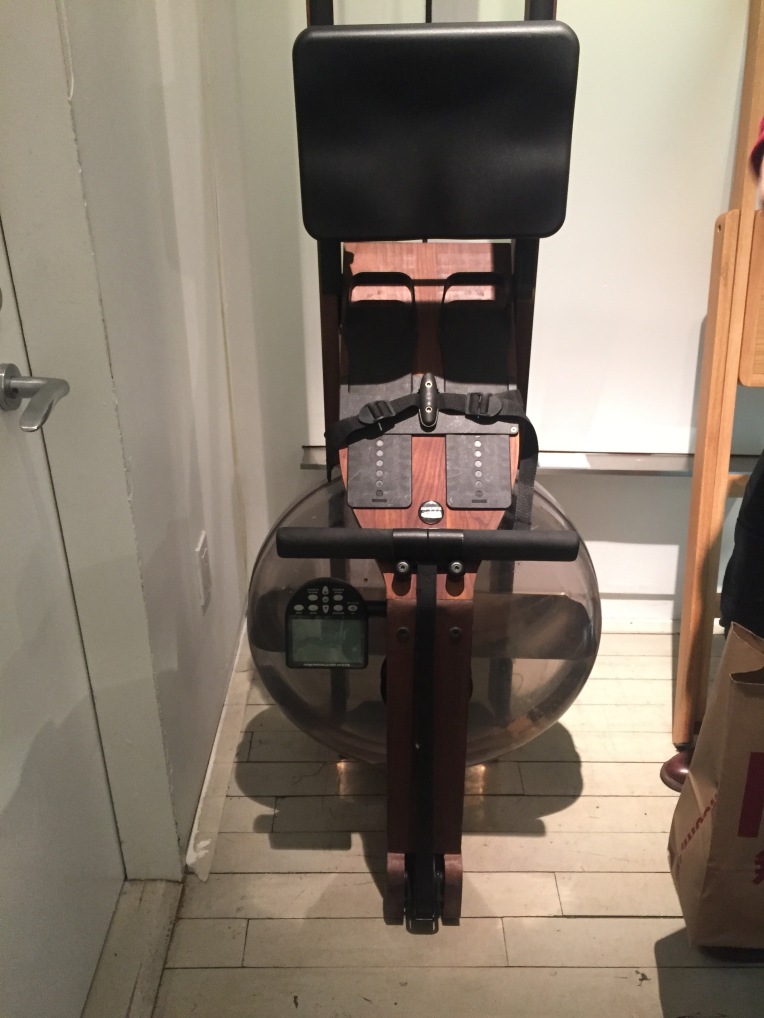 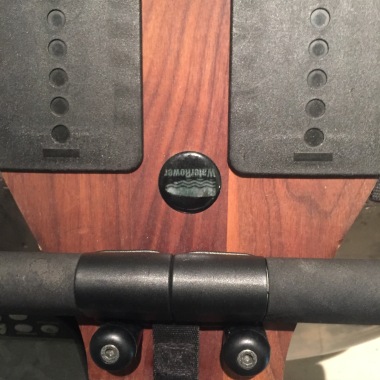 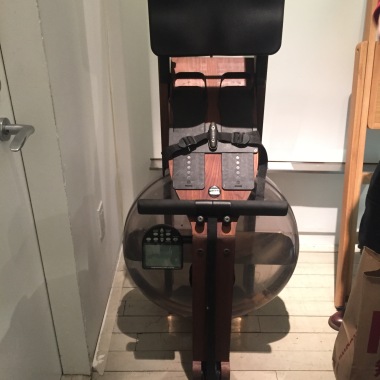 Hydrodynamics – thinking about resistance/drag & velocity/speed.  I was attracted to this thinking about water as a force for movement as well as the cable/(pulley?) system here used to simulate real rowing but with less of a “jarring” impact associated with many mechanical rowing machines. “Softening” the motion, 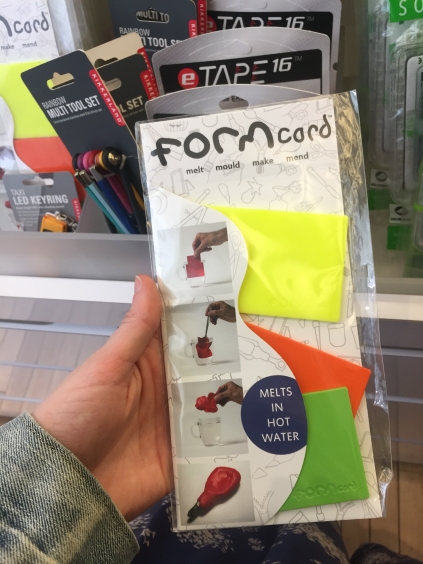 “Make a custom phone stand, craft imaginative toys, or repair the handle of a favorite tool with this versatile, pocket-sized bioplastic card. Inspired by the endless possibilities of the material, Peter Marigold wanted to put its power in everyone’s hands, so he designed this handy rectangle of malleable magic. Simply drop the card in hot water, and in minutes you’re ready to mold, make and mend anything you like. And the amazing material is reusable, so you can reheat and reshape it again and again. These credit-card-sized designs are easy to stow in your wallet, tool kit or kitchen drawer. Set of three cards—assorted colors or monochrome. Made in the UK.” — moma site 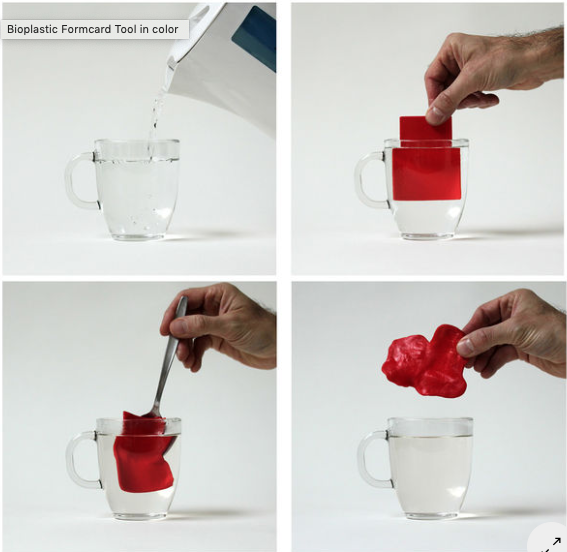 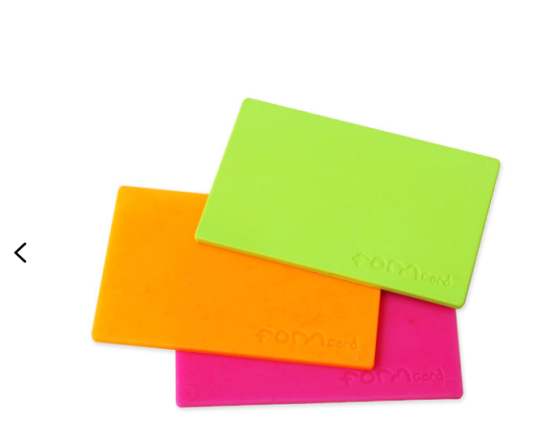 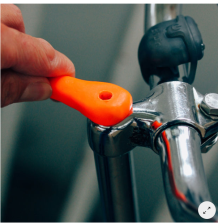 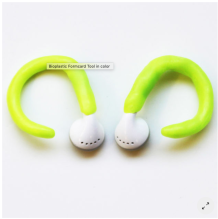 I was attracted to this due to its multiplicity of usages and the starch base that its made from. 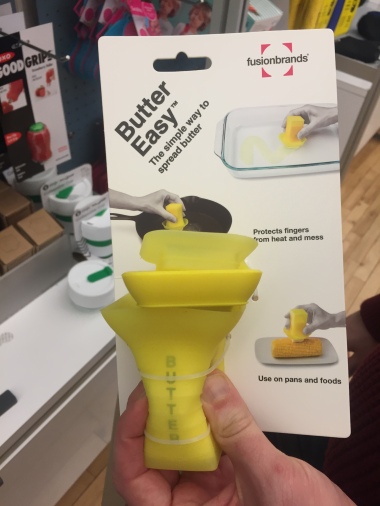 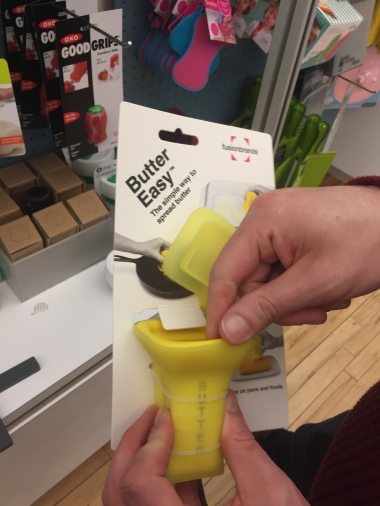 Turn a stick of butter into a secret weapon for cooking and baking with this clever silicone holder. Inspired by an industrious husband who “painted” his pans by hand with a stick of butter, the flexible sleeve holds half a stick perfectly and folds down to dispense small amounts neatly. The three-part design holds and protects the second half of the stick, letting you store it vertically in the fridge to save space. Made from BPA-free silicone. – Moma Site 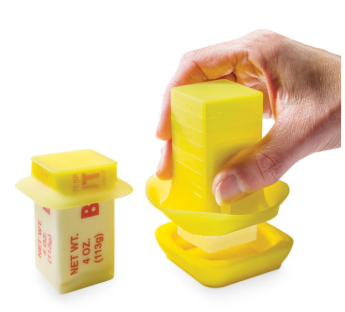 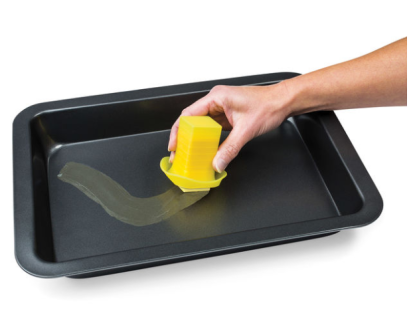 This item made me smile in that gravity helps with the action, but also with the transparency of the silicone? It allows the person using it to know the quantity left. 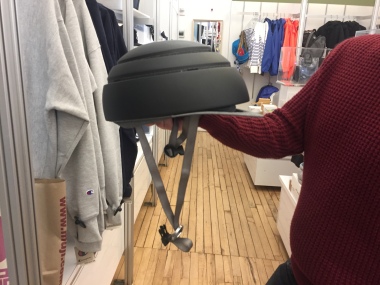 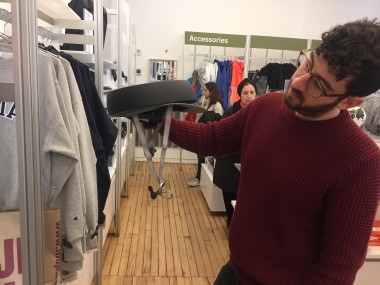 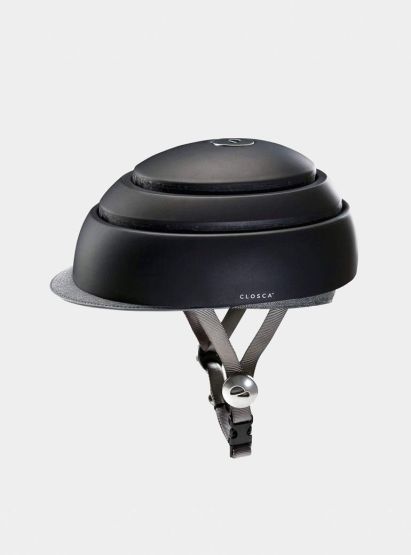 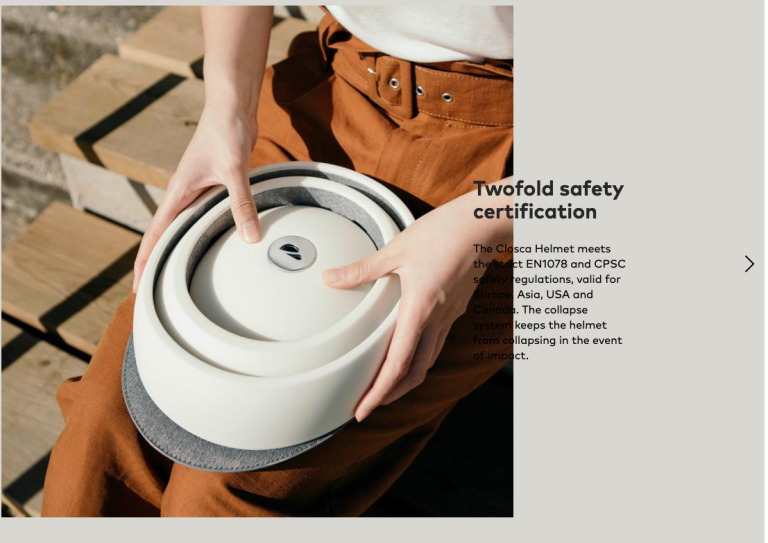 Although different because it’s not using a cable system, I was attracted to this collapsable tiered design because it reminded me of Hussein Chalayan’s dress ss07 that we looked at in class. 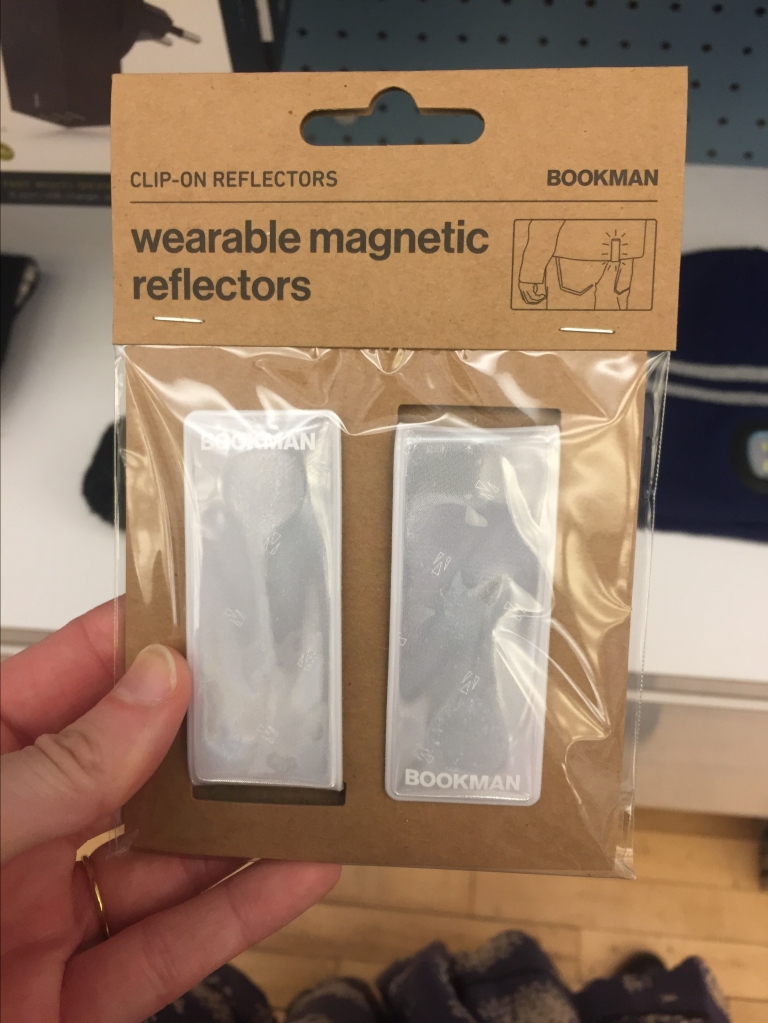 Was attracted to these due to their simplicity / the closure would depend on the magnet strength. In the feedback reviews it sounds like they’ve ” updated the magnets to make them bigger and stronger. Also made them only strong on the inside so the risk of them getting stuck to other metal objects is much smaller :-)”